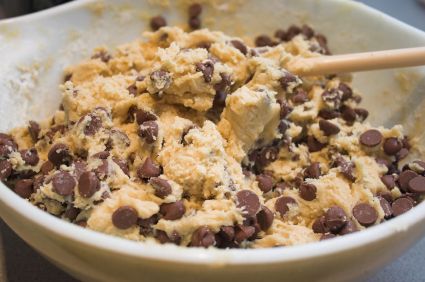 Neil and her colleagues concluded that raw, ready-to-bake cookie dough was what caused 77 people in 30 states to become ill, 35 of whom became so sick that they needed to be hospitalized.

After learning about the outbreak, the researchers were able to track down the culprit by comparing the eating habits of 36 healthy volunteers to 36 people sickened by a deadly strain of E coli bacteria in 2009. Raw cookie dough consumption was the thing all 36 had in common.

When the researchers visited manufacturing plants where the cookie batter was being made their suspicions were confirmed: they found E coli in the samples they collected at the plants, according to the report which was published in Clinical Infectious Diseases.